With charming, yet minimalistic details and a day encompassed by the true meaning of love, Haylie and Ted’s simple shades of blue wedding is easy to fall in love with. Jayde J. Smith Events assisted the couple in executing the beauty of their day all of which took place at Ravenswood Mansion. The color palette was fresh and inviting; perfect for their May affair which included an outdoor wedding ceremony and gorgeous tented reception. The abundance of joy between these two along with those that celebrated with them is beyond evident in these captures with Ashton Brooke Photography. In short, these photos are about to put a warm smile on your face!

Haylie + Ted: Ted and I grew up in the same hometown, went to rival high schools, and Haylie cheered at the same gym as Ted’s sister. They knew each other somewhat during high school, but after college, while Haylie was in her first year of law school, they reconnected at a local bar on St. Patricks Day. Ted was in a bible study with some of Haylie’s friends, so when they reconnected things went fast and they fell in love quickly. Their first year of dating they lost Ted’s sister, but since Haylie and her were close, Ted knew he wanted to marry her after that!

Haylie + Ted: Haylie had just finished her last final of her fall semester in her third year of law school. Ted planned a celebratory dinner at Bourbon Steak, so they got dressed up and went downtown. They enjoyed dinner with the of Nashville skyline as their view. After dinner, they went to the sky bar to have a drink, and while they took in the scenery Ted got down on one knee and popped the question! After lots of happy tears, they turned around and Mike Vrable was sitting at the bar and congratulated the couple. For Ted being such a big Titans fan, he was thrilled! After they left Bourbon Steak, they went to Haylie’s parents’ house and celebrated with family and friends!

Haylie + Ted: Both Haylie and Ted really wanted a wedding that exemplified Jesus and the love that Christ has given both of them. They didn’t want anything fancy, but a good party to enjoy the special day with those they love most!

What was your theme and what inspired it (e.g. farm, garden party, contemporary, modern, vintage etc.):?

Haylie + Ted: We didn’t have a theme necessarily, but with Ted and Haylie both being blue-eyed they thought the blue hues would look great on a beautiful May day outside. They wanted more of a simple wedding with good food and good entertainment.

Haylie + Ted: We stuck with mostly navy and baby blue and white – especially since Ravenswoods Mansion is so beautiful on its own without any decorations. We used whites in the flowers and then touches of vintage with the china plates that Haylie’s friend Mackenzie has collected over the years.

Haylie + Ted: We splurged on the band and the food – both completely worth it. The band totally elevated the whole reception and our guests had the best time dancing the night away to 80’s rock music! The food was also worth it, especially with the service that came with it. Karen’s team was so kind and efficient – the appetizers were so appreciated by the guests and the food was enjoyed by all. We chose to DIY some of the decor – the seating chart was done by Canva and Staples, along with the table numbers too. We also saved some on the flowers, but choosing less expensive flowers that still turned out beautifully.

Haylie + Ted: Enjoy the process and soak it all in, because it flies by and you only get to be a fiance once! Don’t sweat the small things – it will all turn out even better than you could ever imagine!

Haylie: Ted and I did not do a first look – and I will never forget the moment the front doors opened to the mansion and I saw Ted standing down at the end of the aisle with the biggest smile on his face – it was the most magical moment. Also, I will never forget how many times Ted ran up to me throughout the reception constantly reminding me he was having “the best day of his life!!!!” It was so sweet and I couldn’t have asked for a better day. Another special moment was having my mom put my veil in my hair – the veil that she wore several years prior at her wedding. Those kind of sentimental moments made the wedding such a dream!

Haylie: Shoutout to all my amazing vendors who made my dream wedding come true!! Be picky about the vendors you chose – it really makes or breaks your wedding, and its the best when they turn into friends after the wedding!!! Ted and I really just feel so incredibly blessed!

Haylie and Ted’s simple shades of blue wedding is proof that less can be way more! We love their approach to this day and can’t thank them enough for sharing it with us! 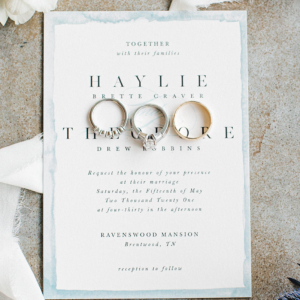 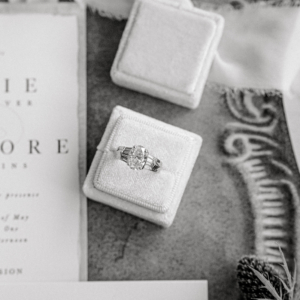 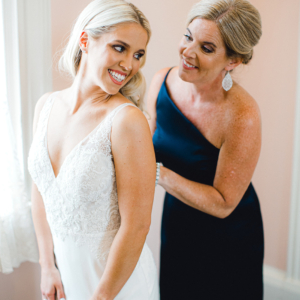 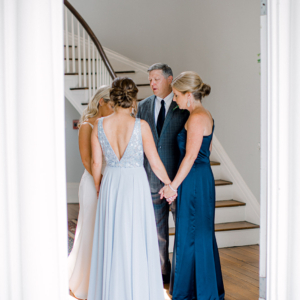 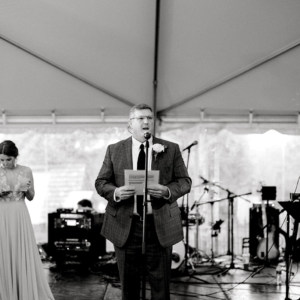 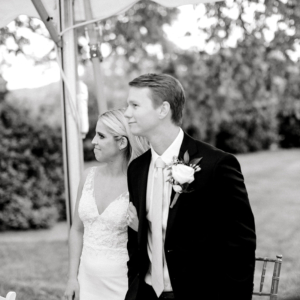 The below businesses are a part of the Nashville Bride Guide business directory. Visit their portfolios to learn more and inquire about their services. 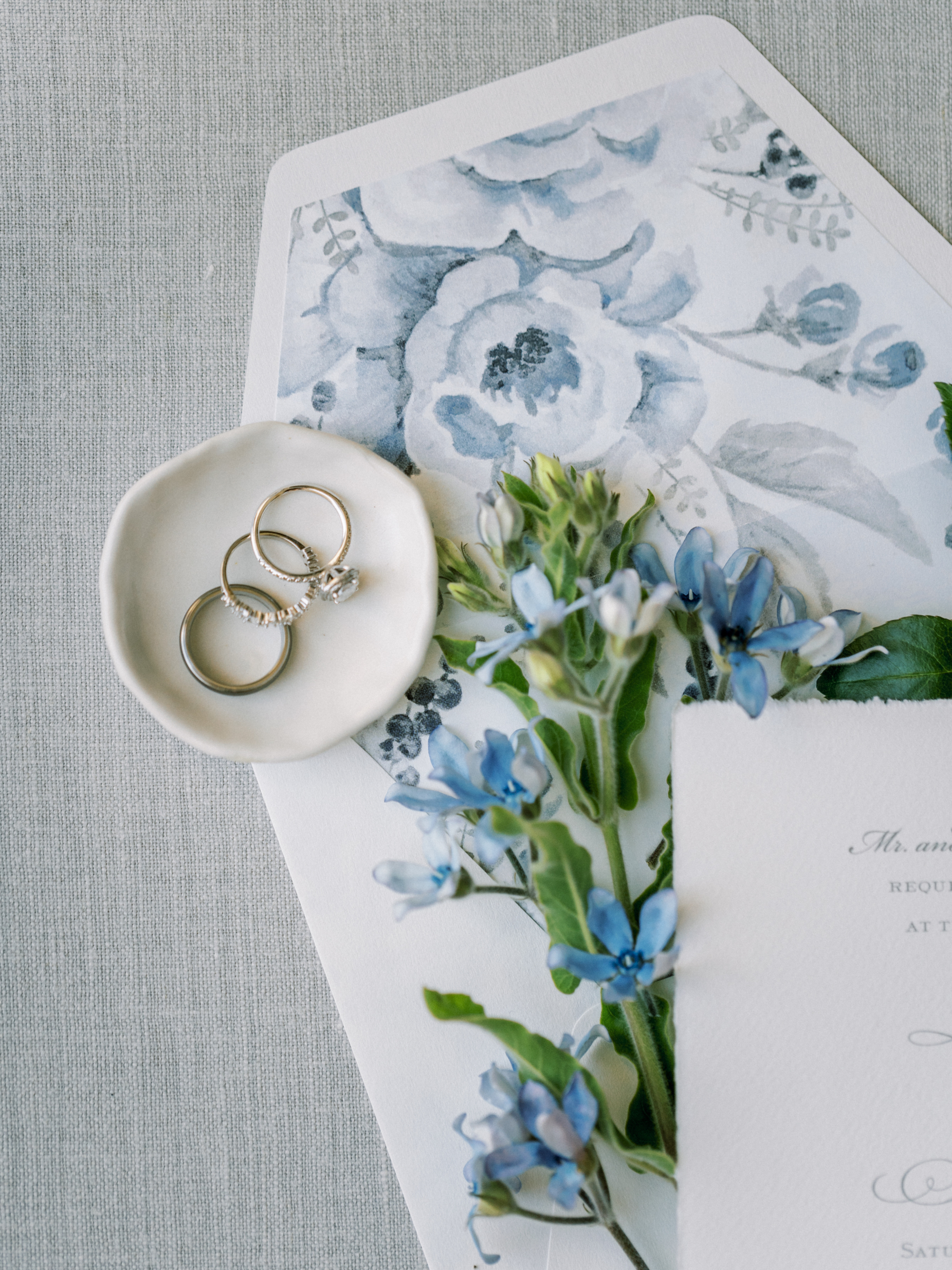 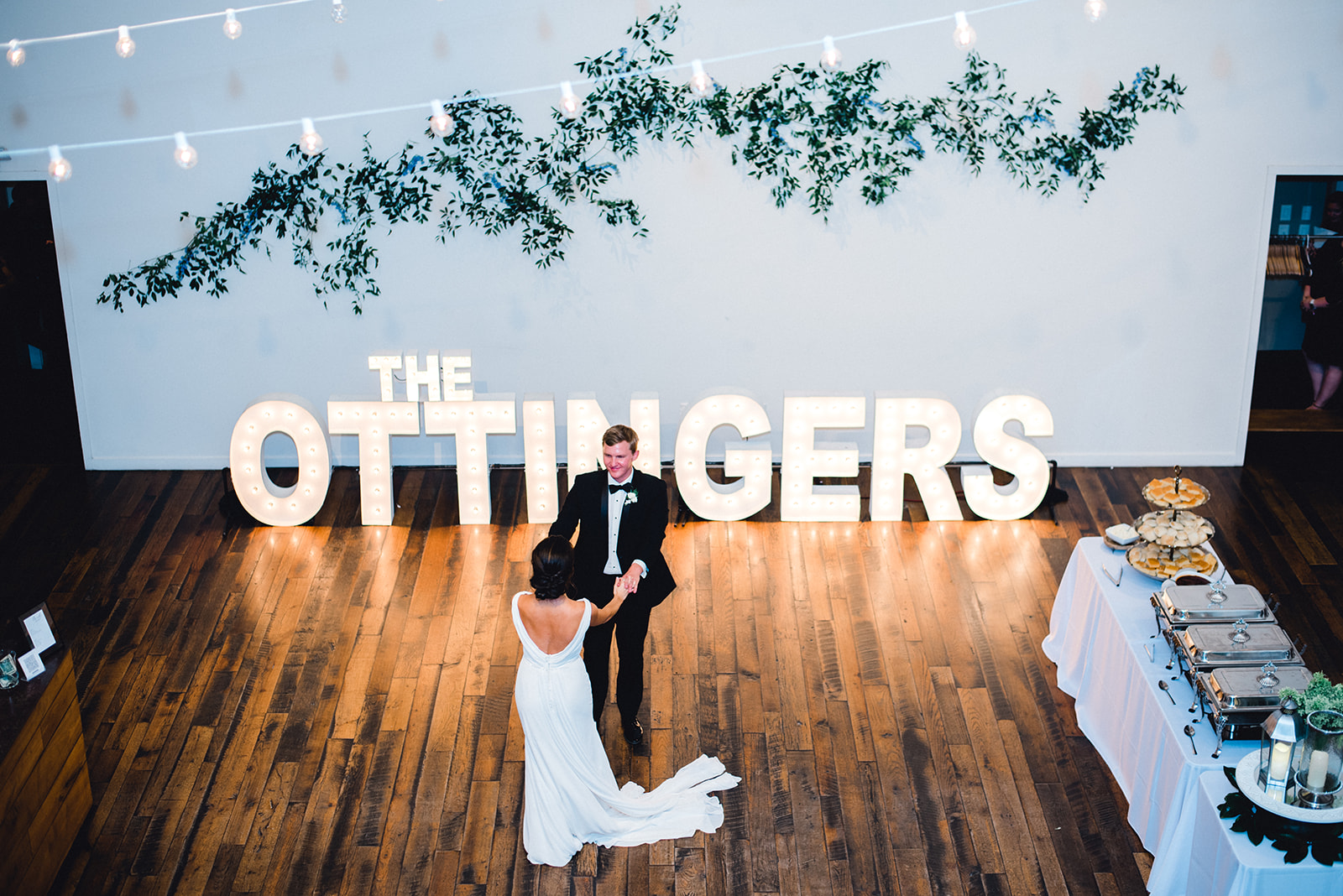 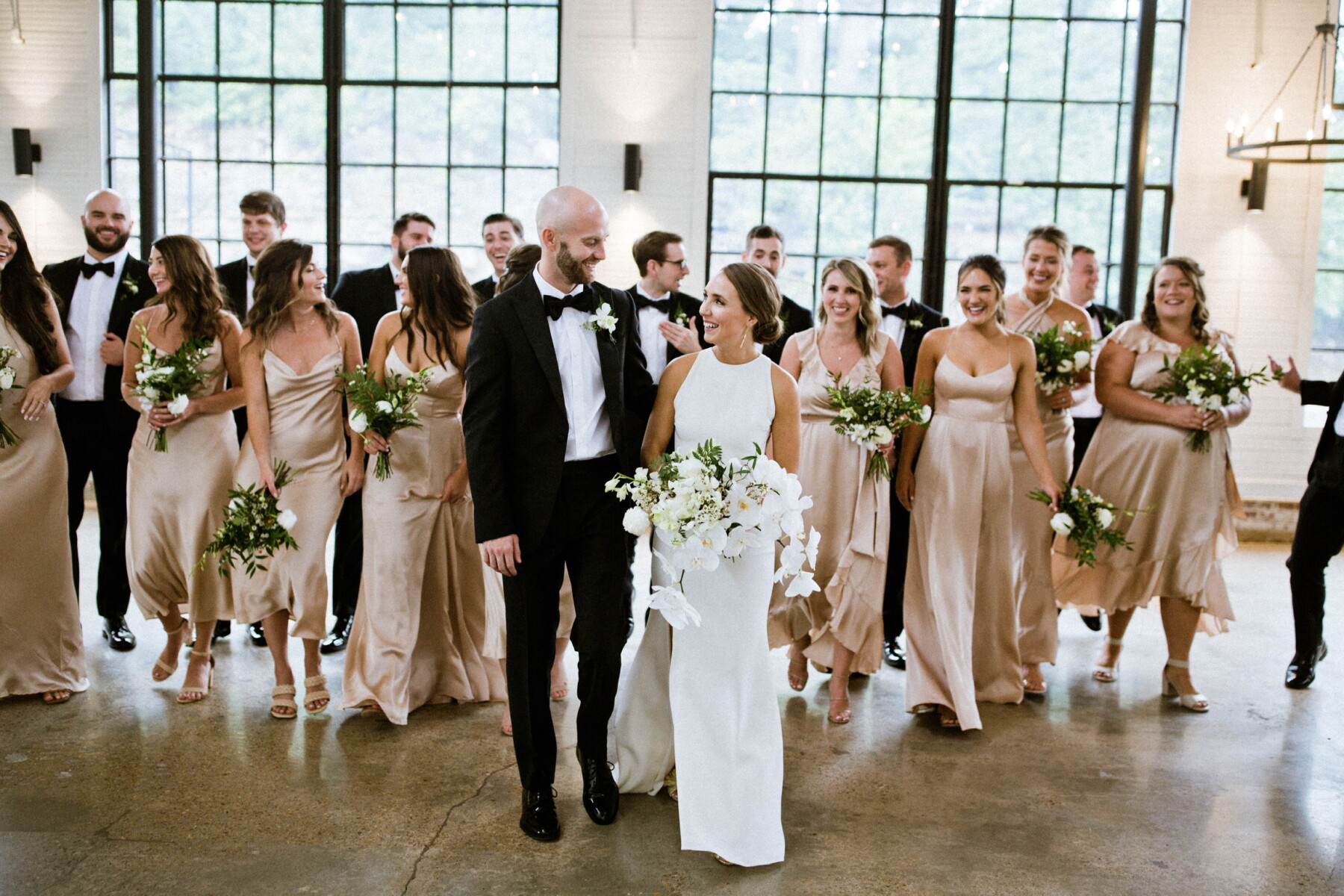 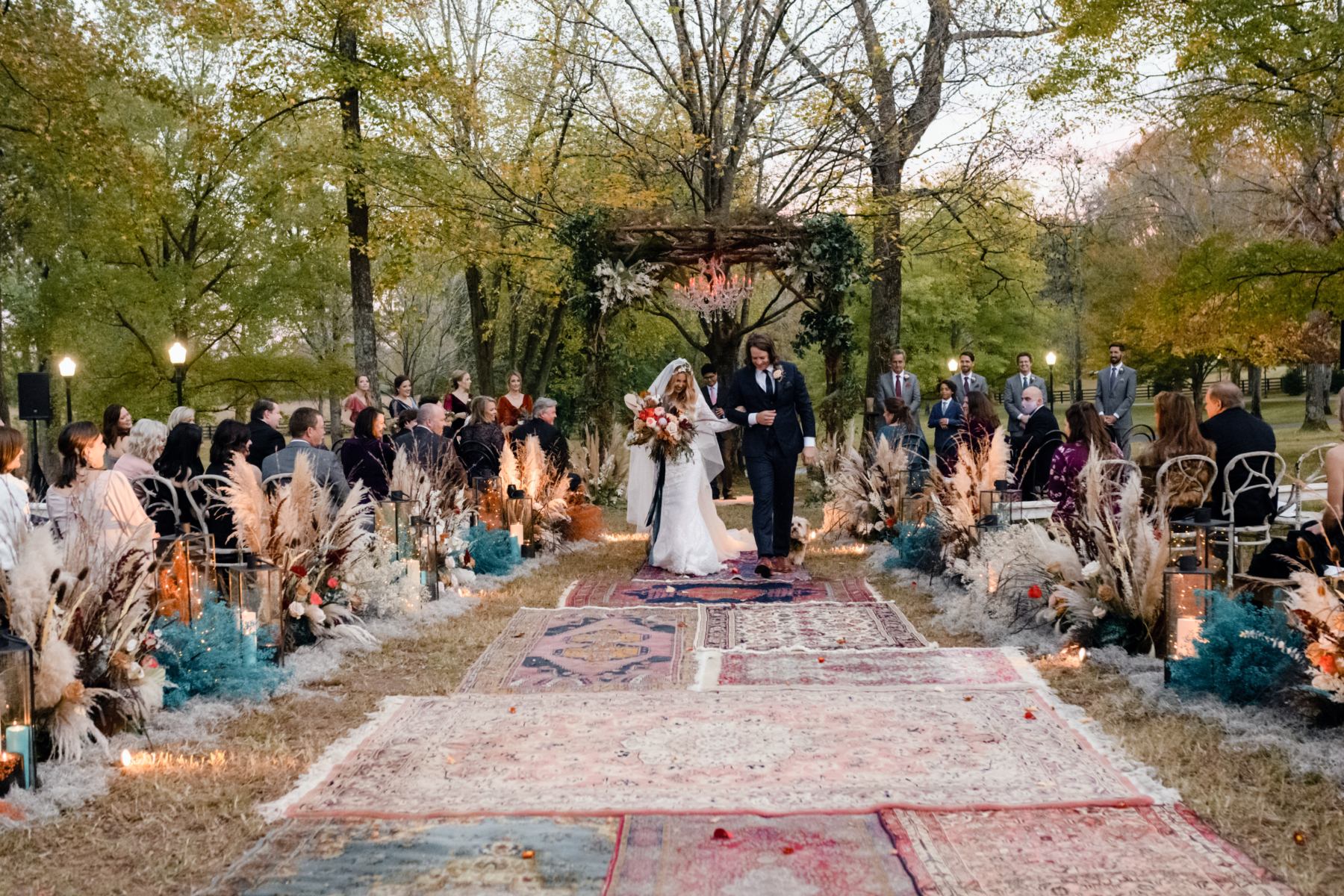 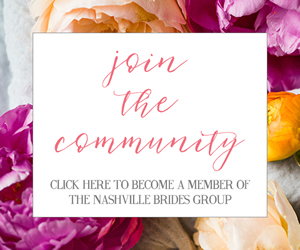